The key resource for a climate revolution: citizens

By eco-union23 April, 2021Energy and Climate Change, Governance and Policies
No Comments

Communities or individual citizens producing, using and selling their own renewable energy could provide up to 89 percent of the electricity demanded in the residential sector by 2050. PROSEU, a European research project, has concluded that in the coming years, European, national and local governments have a unique chance to support ‘prosumerism’ and thus an effective and socially just energy transition. 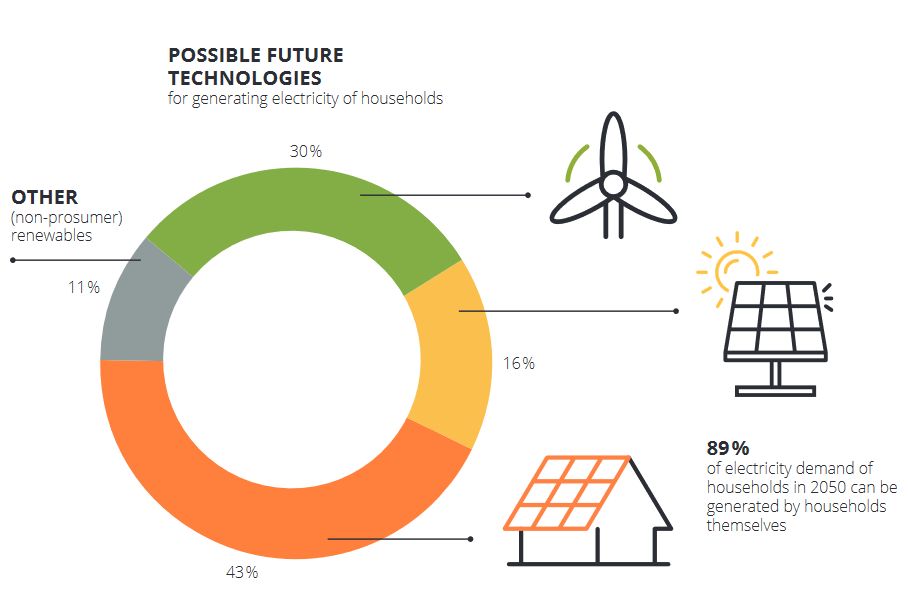 On rooftops in cities, fields in rural communities, or islands with irregular consumption patterns, citizens are increasingly organising themselves in energy communities producing, consuming and sometimes even selling their own energy. A European project supported by eco-union, and covering 9 different countries, shows how these citizens, so-called ‘prosumers’, can help bring about lasting change in renewable energy in Europe.

This project, PROSEU, has wrapped up three years of researching prosumerism. The conclusions are stark: there is potential for such citizen initiatives to produce up to 89 percent of the electricity demanded in the residential sector! Furthermore, results advocate for expanding the energy produced by citizens across Europe.

This project, PROSEU, funded by the European Commission’s Horizon 2020, has wrapped up three years’ of researching ‘prosumerism’. The conclusions are stark: there is a potential for such citizen initiatives to produce up to 89 percent of the electricity demanded in the residential sector! Furthermore, results advocate for expanding the energy produced by citizens across Europe.

In addition to studying the possibilities of prosumerism, the project has worked with “Living Labs” in 9 countries, analysed European and national policies, investigated business models and produced a roadmap for the citizen-driven energy Transition. Project Coordinator Inês Campos from Fciências.ID, says:

“Citizens’ role in the energy transition is not limited to changing their consumption patterns or protesting fossil fuels and our research proves that. There is a very large potential in people and communities taking energy into their own to produce the renewable energy we need for a sustainable transition” she explains.

Working with prosumers across Europe, from Croatia to the UK, the PROSEU project put forth concrete recommendations for policy makers at different levels. These recommendations focus on four different areas: the economic viability of prosumerism, timely incorporation into law, the creation of frameworks, and the engagement of citizens in energy governance.

“Citizens have the will to become prosumers contributing to our energy transition but they need support and fewer regulatory barriers. In PROSEU we have investigated what’s needed for a truly citizen-led energy transition and now it’s up to governments, energy companies, researchers and citizens to take it further.” 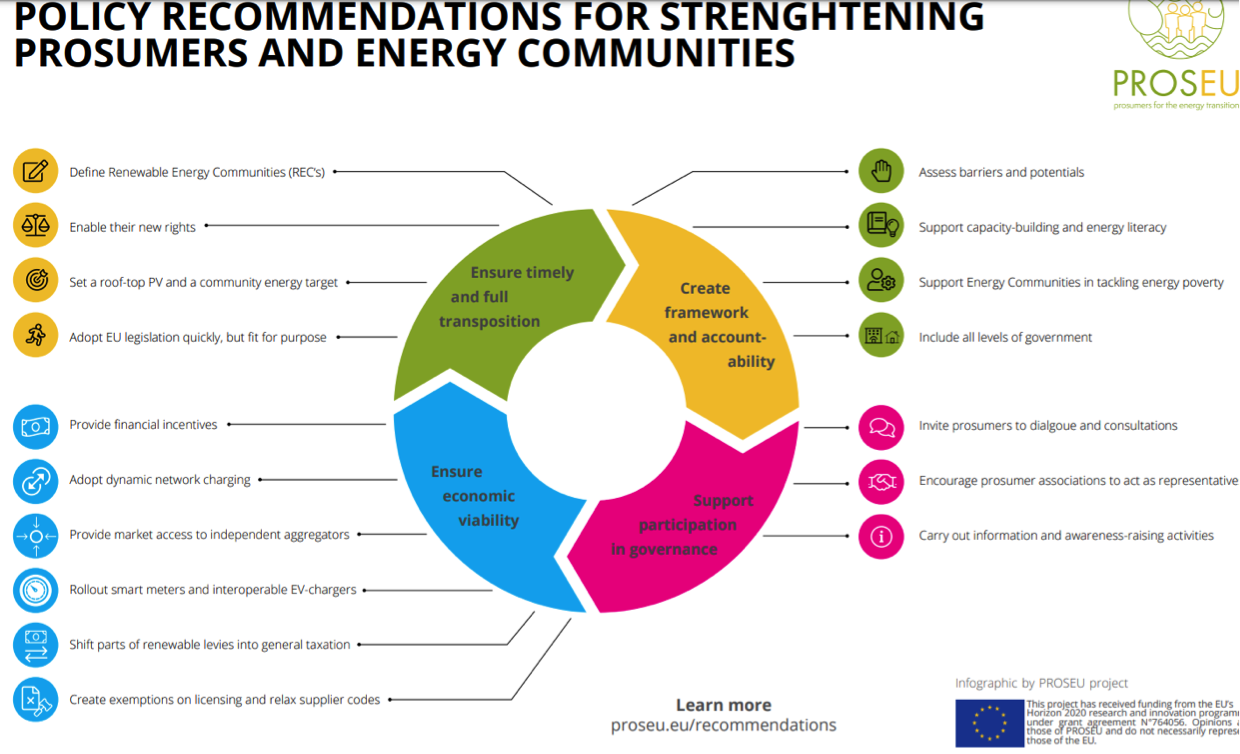 The PROSEU partners were FEUP, ClientEarth, DRIFT, University of Zagreb, Leuphana University, Eco-union, CE Delft, IÖV, ICLEI and the University of Leeds, with FC.ID leading the work. PROSEU was funded by the EU’s Horizon 2020 research and innovation programme.

Report on the business models of prosumerism: https://proseu.eu/business

Roadmap for prosumerism until 2050: https://proseu.eu/roadmap

Learn more about PROSEU by watching its final event: https://proseu.eu/inspiration

Specific cases on Prosumer communities can be suggested in nine countries

For any questions, large and small, write or call: