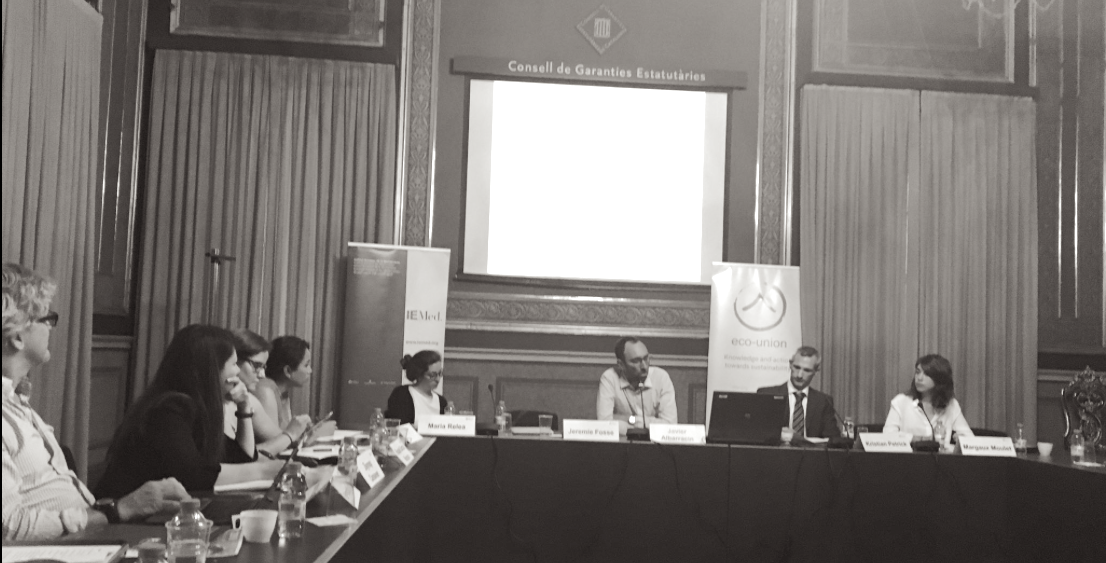 On May 25th, in Barcelona, eco-union organized, jointly with IEMed, an international workshop to discuss our preliminary findings of the research on Sustainable, Green and Climate Finance in the Mediterranean region. This new research, already started few month ago, will be released by the beginning of September.

The Mediterranean region is one of the most sensitive environmental, political and cultural hotspot in the planet. In particular, climate change is forecasted as a major risk for stability, security and wealth of the whole region. Recent international commitments such as the Paris Agreement and the UN Agenda 2030 highlight the need for massive investment in a low-carbon, inclusive and green economy.

Following our Green Economy report published in 2016, this new project, launched by eco-union and The European Institute of the Mediterranean (IEMed), focus on main Green and Climate Financial actors, tools and instruments existing in the Mediterranean region in terms of scope, scale and impact.

This research main objective is to identify and review financial green investments, and focus on some significant national and multilateral financial tools, strategies and mechanisms of Mediterranean countries and their contributions to the development of a green, low-carbon and inclusive economy.

The analysis will be primarily carried out on a supranational macro-economic level with a focus on the Mediterranean region, but, will also screen the national level including case studies of selected northern and southern countries considered as particularly relevant in the study context.

Besides, qualitative interviews with valuable Mediterranean financial stakeholders and experts will be conducted with the objective of identifying barriers and implementation problems as well as the gap maybe existing between theory and practice.

Finally, the study will summarize existing practices and propose actions to promote SFs in the Mediterranean and highlight some examples of good practices.