The Blue Economy, a concept promoted by the EU since 2012, and which is currently embodied in the Blue Growth Strategy, and the Social and Solidarity Economy (SSE) are in full growth within the Mediterranean agenda. The Solidarity Blue Economy (SBE) is the conjunction of these two concepts, seeking the integral, intelligent and sustainable use of marine resources and coastal areas with the perspective and principles of the SSE. The cooperative iesMed SCEL, together with the association eco-union and other Mediterranean institutions and entities, have been analysing the possibility of organising, from the point of view of civil society and transversality, this conjunction which in fact opens up wide and stimulating areas of experimentation, cooperation and generation of activity and occupation, mainly in coastal areas. To achieve this convergence, they have allied with the University of Girona and the consulting firm Inèdit, to lay the foundations of the first SBE cluster in Catalonia and the Mediterranean.

The blue economy is a particularly important sector for the Catalan economy, which concentrates most of the population along its 526 km of coast and has highly developed port and tourist infrastructures. However, strategic sectors such as fishing are in decline and other emerging sectors, such as the circular economy or eco-tourism, are not very developed. The maritime strategy for Catalonia 2030 does not specifically take into account the particular perspective of the SSE or the opportunities that this sector offers. FEBSCat (Promotion of the Solidarity Blue Economy in Catalonia) aims to coordinate the largest number of actors that potentially have an impact on structuring the SBE, giving Catalonia a relevant role in the Mediterranean basin.

The presentation event of the FEBSCat project took place on February 7th 2020, at the Casa del Mar in Barcelona with representatives of key actors and institutions for the solidarity blue economy in Catalonia. It included a technical workshop, in which through participatory methodologies aspects related to the study of opportunities were reviewed.

See the agenda of the presentation event

With the support of:

Report on “Blue Solidarity Economy in Catalonia, Europe and the Mediterranean”: 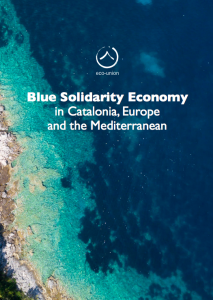 Informative video of the project (in Catalan): 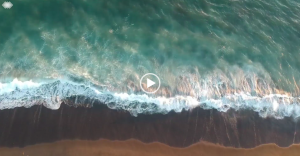