We are at a turning point for the future of our planet, and transport is one of the key drivers of change. High-speed rail transport has taken on an increasingly important role in the European mobility system. With the electrification of railways, rail has also become one of the instruments to accelerate the climate agenda in Spain and Europe. In this context, the train accounts for 6.6% of all passenger transport in the EU and represents only 1.7% of the total energy consumed in transport in the territory.

In 2020, the European Commission drew up an action plan as part of the European Green Deal to reshape the mobility structures of the countries and commit to the total decarbonisation of passenger transport. However, the recent crisis in Ukraine has further accentuated the urgency of the energy transition.

In this context, the eco-union association, in collaboration with ECODES, the Conama Foundation and esglobal, is organising the Mobility Eco Forum 2022 entitled “Connecting Spain and Europe. The future of the passenger train in the climate transition“, a hybrid event on the present and the future of the train that will take place on 24 March 2022 from 11:00 to 13:00 (Madrid Delegation of the European Commission).

The event is part of the Europe On Rail initiative, co-led by eco-union and other civil society organisations, which aims to implement a railway system that accelerates the Spanish and European environmental agendas and contributes to achieving climate neutrality by 2050. The aim of this event is to foster dialogue between key public and private stakeholders in mobility, transport, cross-border cooperation and climate transition, to analyze the national and European railway context, and to identify the challenges for the renaissance of the train in Spain and Europe.

The event will be held in Spanish and will start with the intervention of the European Commission in Spain, the Director of the CONAMA Foundation and the Director of eco-union.

The first session: ‘Spain, Europe and the railways: from decline to renaissance’ will include speeches by the French association RAC-France, the Portuguese association ZERO and the Spanish associations ECODES and eco-union.

To join the event online or in person (Madrid Delegation of the European Commission), register here. 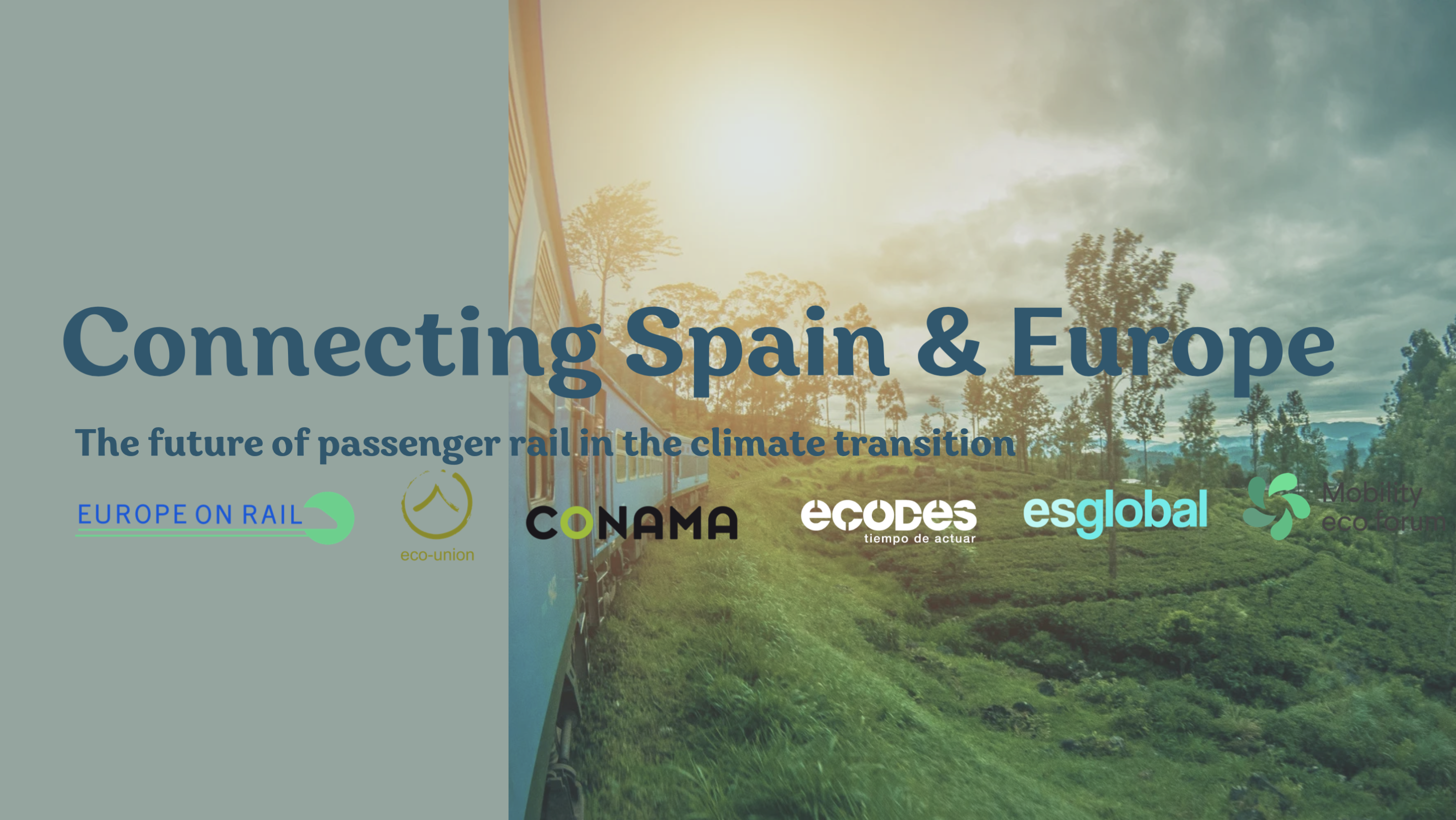 eco-union is an independent and international non-profit association, created in 2005 by a group of citizens from Barcelona, to promote sustainability in the Mediterranean region. It develops research, awareness-raising, training and capacity building projects for public, social and private actors, as well as citizens.