The shame of flying and the future of cross-border trains 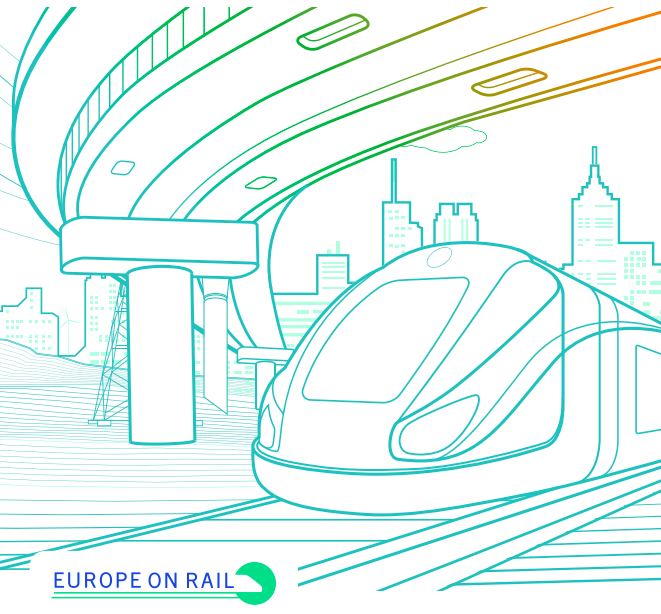 The shame of flying and the future of cross-border trains

The European Union and national governments can contribute to the achievement of climate objectives by promoting direct cross-border trains, a common reservation system and investment in rail infrastructure.

January 20, 2020.- The European environmental organizations belonging to Europe on Rail, a project represented in Spain by ECODES and eco-union, ask the European Union and national governments for measures to strengthen international rail transport, with a decisive boost in this 2021 coinciding with the European Year of the Railway. To this end, we published a report that shows how the launch of new direct cross-border connections with day and night trains between major European cities, the development of a common ticket reservation system at European level and an increase in investments in rail infrastructure can greatly contribute to reducing CO2 emissions in Europe and, therefore, in Spain.

The promotion of the railway system is indispensable to meet the climate and environmental objectives that this process of transformation and ecological transition that we need to respond to the climate emergency seeks to achieve.
According to ECODES, eco-union and the other organizations that authored the report, the European Year of the Railway should be the starting point for both the return of night trains and new direct daytime trains across Europe. So far, there is no unified European rail network, only a patchwork of national rail systems. Trains often end their connections at borders, and an international journey requires multiple tickets, in different languages and from several companies, with no guarantee of passenger rights in case of delay or cancellation.

Jérémie Fosse, director of the eco-union association and one of the authors, stresses that “to achieve climate objectives in the transport sector, we need a united and attractive rail network in Europe that offers a real alternative to flights and cars.” “The shame of flying and the need to reduce CO2 emissions have become a powerful ally of cross-border trains with much less climate impact than airplanes,” says Monica Vidal, Director of Public Policy and Climate Governance at ECODES and co-author of this report.

Not only are companies, NGOs and regions demanding this boost to rail over other transport systems, but also citizens themselves are increasingly demanding it. For example, a survey conducted in September 2020 highlighted that two-thirds of European citizens would support a ban on short-haul flights if the route were covered in up to a maximum of 12 hours per train. So far, however, rail connections do not even exist between all European capitals. If we look at Spain, we find that there is currently no direct train between Madrid and Lisbon or Madrid and Paris. 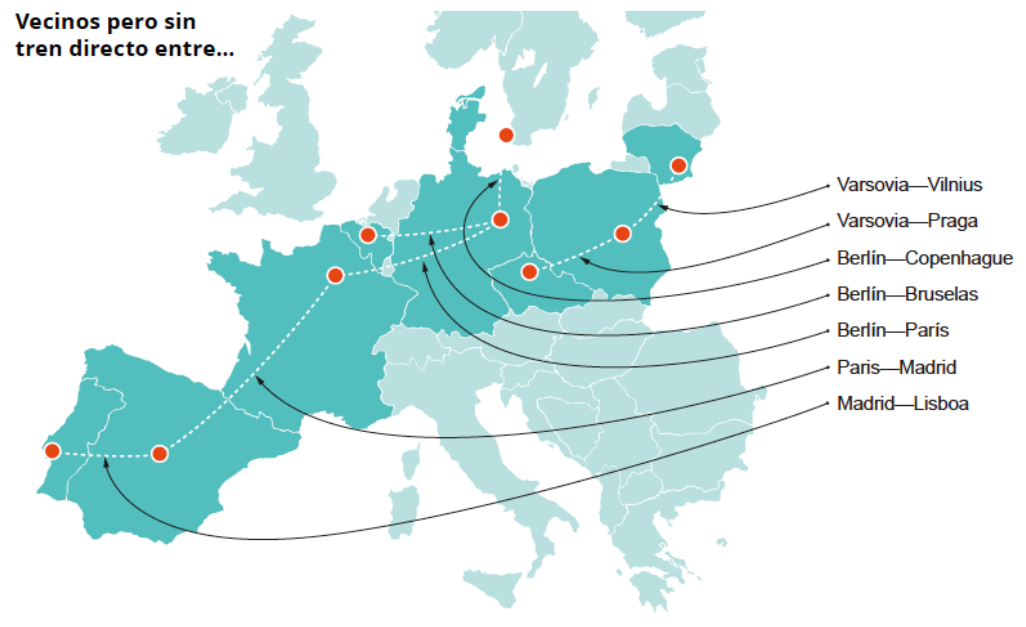 ECODES and eco-union will soon publish another study that analyzes the situation in our country, “A boost to the rebirth of the railroad in Spain and Europe to achieve climate neutrality and accelerate the ecological transition”. The objective in this case is to raise awareness of the potential of this means of transport, the state of connections, the opportunity our country has to boost it and the actions that could be taken.